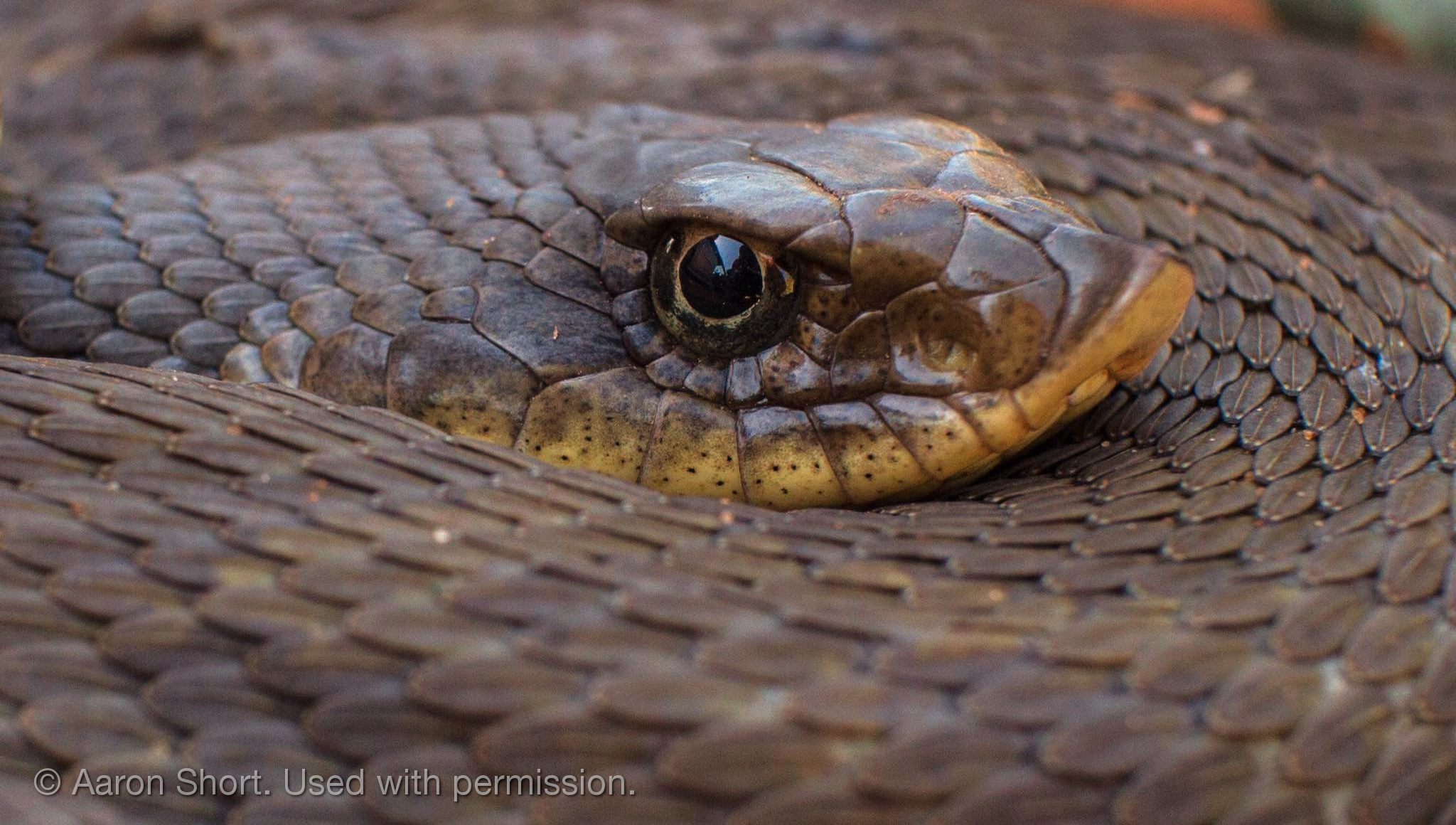 Which hognose snakes are we talking about?

For the purpose of this discussion, “hognose snakes” include Heterodon in North America, Lystrophis in South America, and Leioheterodon in Madagascar. It does not include hognose pitvipers (Porthidium) in Latin America, or any other viperid or elapid.

The three genera of hognose snakes are all members of the family Colubridae, the taxonomic junk drawer of “typical” snakes, whatever that means. With a few notable exceptions, colubrids are harmless to humans. Although a surprising number of them are rear-fanged, only a handful are of any medical importance whatsoever to people.

The debate in online reptile forums over whether hognose snakes should be considered venomous is surprisingly common. Quite a lot of the debate seems to stem from a need among reptile enthusiasts to reassure the general public (and sometimes each other) that hognose snakes present no threat to humans, which is correct. There is a widespread concern — and not without justification — that if hognose snakes are labeled “venomous,” people may be more likely to kill them and lawmakers may be more likely to place restrictions on keeping them. Both of these things are, unfortunately, probably true. (At least one US state prohibits keeping Heterodon, having failed to make an intelligent distinction between “venomous” and “dangerous.”) So to discourage these kinds of irrational overreactions, the herp community is eager to make it clear — correctly — that hognose snakes are harmless.

This earnest desire to paint these adorable, good-natured snakes in the best possible light leads to some word games and mental gymnastics, and some beliefs that simply aren’t connected to reality. For example, advocates continually characterize symptoms associated with hognose snake bites as “allergic reactions,” insisting that venom can’t possibly be the cause. This logic is backwards, for a couple of reasons. First of all, genuine allergy is an immune response, and it can be much more dangerous (not less!) than the effects of a relatively weak venom. I would much prefer to endure the relatively mild effects of a mild venom than have an allergic reaction to it. Secondly, actual allergic reactions to bites from rear-fanged snakes are virtually unheard of.

Another common word game revolves around the insistence on calling what hognose snakes produce “modified saliva” rather than venom, as if that’s a meaningful distinction. It’s not, and it’s silly. Evolutionarily speaking, all venom is modified saliva, and the stuff hognose snakes deliver via their fangs is not ordinary saliva. This is the same kind of strained linguistics that leads the makers of the diabetes drug Byetta (exenatide) to insist that the peptide comes from gila monsters’ saliva, rather than venom. Evidently, “venom” just sounds too scary to be associated with anything we might want, be it a medication or a pet.

All of this is, however, largely a matter of perception management — asserting what we wish were true, regardless whether it’s actually real. I argue that the better answer is to educate people, not to propagate misinformation.

What does it mean to be “Venomous”?

Without getting into the whole poisonous-versus-venomous debate, most definitions of venomous are pretty consistent:

Venomous Reptiles and Their Toxins defines venom as “A secretion produced in specialized cells in one animal, delivered to a target animal through the infliction of a wound and that disrupts endophysiological or biochemical processes in the receiving animal to facilitate feeding, defense or competition by/of the producing animal.”

There’s an important factor that is not part of the definition of venomous: whether they are dangerous to humans. That has nothing whatsoever to do with whether an animal is, in fact, venomous. Most snakes that are venomous, physiologically speaking, are not medically important to humans, and this is true of all but a handful of venomous colubrids. 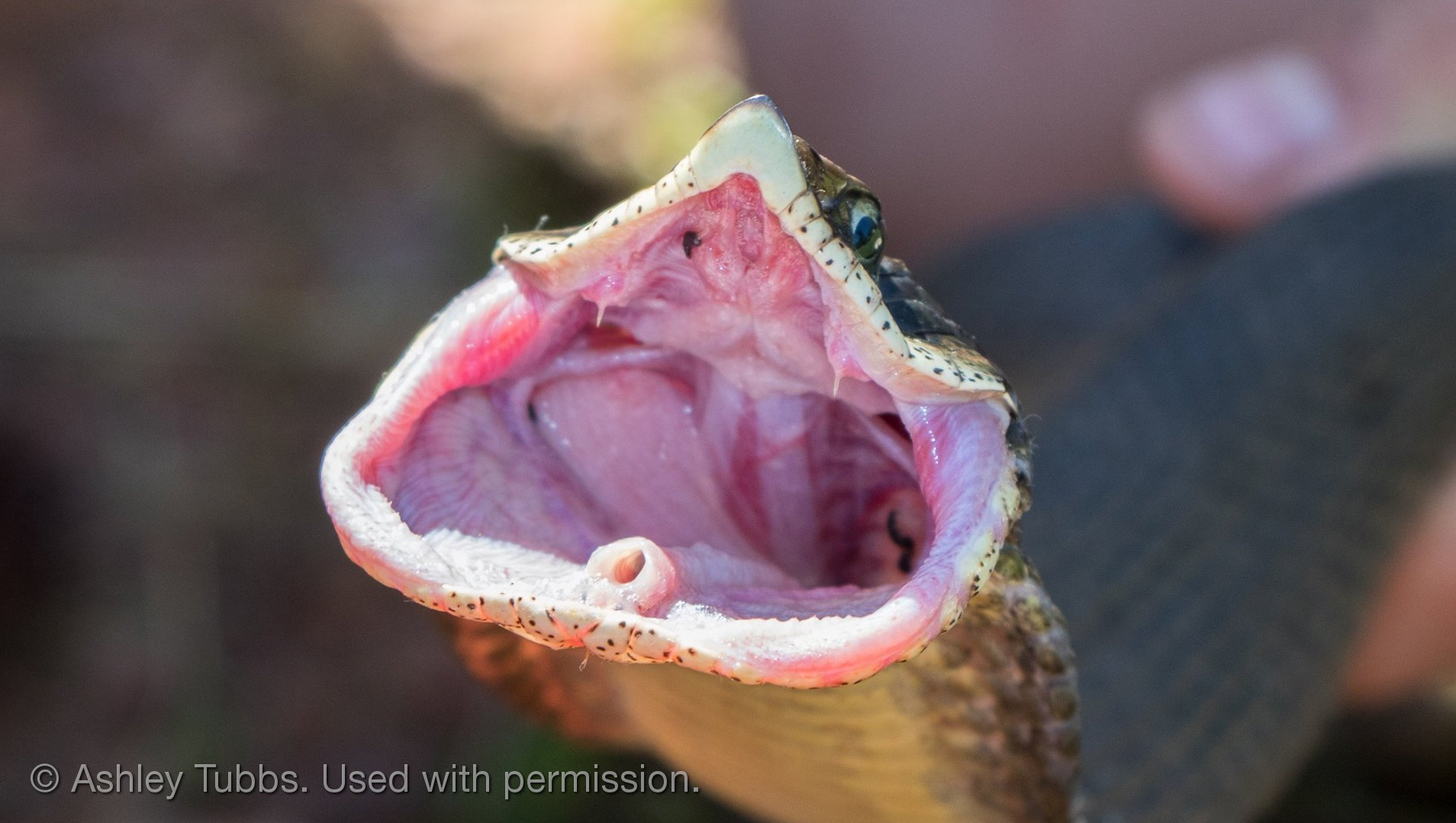 So, with regard to whether hognose snakes should be “considered” venomous, it’s not a matter of opinion or consensus; it’s a fact of their physiology. They have specialized glands, known as Duvernoy’s glands, separate and distinct from their ordinary salivary glands, that produce venom. Duvernoy’s glands differ from the venom glands of viperids and elapids in that they are smaller, usually lack a central lumen, and lack well-developed muscles to eject venom under pressure, but nevertheless they are one of several types of venom glands snakes have. And while their venom is not exceptionally toxic to people, hognose snakes are absolutely capable of delivering bites that become symptomatic — although not medically important — in humans.

Hognose snakes have small, faintly grooved fangs located roughly under their eyes, along which venom is delivered. The fangs aren’t hollow, so venom flows along them, rather than through them. Because their fangs are small and not right at the front of their mouths, there’s a persistent belief that they have to chew in order for the fangs to engage what they’re biting. This isn’t quite true. Snakes’ mouths open surprisingly wide, and generally they have no trouble getting their fangs into a prey item or a finger. However, what is generally true is that, without well-developed muscles to eject venom under pressure, it takes some time and chewing to deliver a decent dose of venom. For this reason, with most rear-fanged snakes, a quick bite is a dry bite.

For the purpose of this discussion, the terms “dangerous” and “medically important” mean a threat to life or limb. Thus, bites may be “symptomatic” without necessarily being “dangerous.”

Hognose snakes’ fangs are tiny, they don’t produce much venom, and their bites usually don’t cause significant symptoms in humans, although occasionally they do. So, while hognose snakes are indeed venomous and can deliver symptomatic bites, they are not dangerous.

The important distinction is between dangerous and harmless, not between venomous and nonvenomous. So while hognose snakes are venomous, they’re still harmless.